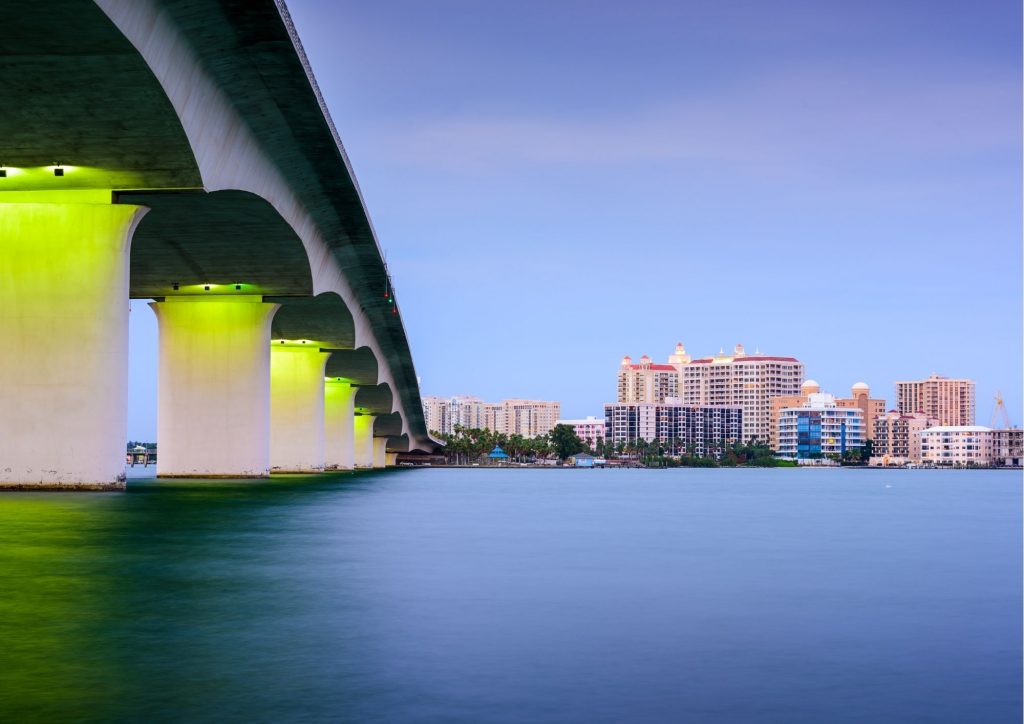 Sarasota is a city in Florida’s southwest region, just south of Tampa. It is well-known for its link to the Ringling Brothers Circus, and it is a fascinating sight to visit with various attractions and vacation options.

Listed below are some of the best and most enjoyable things to do in Sarasota, Florida.

The John & Mable Ringling Museum of Art is located in Sarasota on Bay Shore Road. It’s named after the co-founder of the Ringling Bros. & Barnum and Bailey Circus, which you’ve probably heard of – yep, that Barnum! The museum is unique and one-of-a-kind, which is why it is one of Sarasota’s most popular attractions.

The John & Mable Ringling Museum of Art first opened in 1927 and was initially made up of artwork donated by its eponymous figures. It is now maintained by Florida State University and is regarded as the state’s primary art museum. Over 10,000 works of art, ranging from paintings to photography, sculptures to prints, are displayed in 21 galleries, each dedicated to a distinct location and style. There’s even a gallery devoted to ancient treasures from Cyprus!

Classical architecture and art – both copies and genuine originals – from many different eras can be found within the museum. Of course, this covers the Renaissance, but it also contains Greek and Roman works. When you walk in, you won’t feel like you’re in modern-day Florida – you’ll feel like you’ve stepped into another century! It’s a lot of fun, and 45-minute tours are available.

The Big Cat Habitat and Gulf Coast Sanctuary is located on Palmer Boulevard in Sarasota. Kay Rosaire founded it in 1987, and it became a non-profit organization in 2005. Now, it is one of Sarasota’s top ten tourist attractions. The sanctuary’s primary purpose, as its name implies, is to rescue exotic cats and provide them with necessary treatment.

Birds, chimps, and bears are among the other species cared for here. There are three big habitats on the site, some of which are indoor and some are outdoor. Native vegetation and swimming ponds help recreate the animals’ natural environments.

Visitors to the Big Cat Habitat and Gulf Coast Sanctuary are also educated about wildlife preservation through shows, demonstrations, and discussions – most often with giant cats and birds! There’s also a petting zoo, which is ideal for bringing children because they can feed llamas and goats. Feeding the lions, bears, and tigers for a modest price is also an option for the adventurous!

The Mote Marine Laboratory and Aquarium is located on City Island in Sarasota, Florida, along Ken Thompson Parkway. It was first established in 1955 as the Cape Haze Marine Laboratory, and it used that name until 1967 as a tribute to William and Lenore R. Mote and William’s sister, Betty Mote Rose.

The Sarasota location’s laboratory focuses on estuarine and marine research. It lets visitors explore an estuary, a body of water in which the stream meets the tide. An aquarium is also open to the public, with more than 100 species of marine animals, both local and international.

Rays, jellyfish, turtles, otters, manatees, sea horses, eels, sharks, and a slew of other creatures can be found in the Mote Marine Laboratory and Aquarium. The shark tank is enormous, holding over 100,000 gallons of water! Shark feeding time is popular here and is one of the many things that attract tourists; the feedings are narrated.

If you’re searching for something to keep your kids occupied while you’re here, there are several educational programs available, including summer camps. Seasonal exhibits include the yearly reptile exhibition, which features crocodiles and alligators!

Expect to pay a lot for entrance, but if it’s something you can afford, it’ll be well worth it. There is free parking, and you can also get there by taking public transportation and walking a short distance.

When it comes to tourist attractions in Sarasota, Florida, the Ca’ d’Zan Mansion is one of the best. It was the winter residence of John and Mable Ringling, who we previously mentioned. After it was finished in 1926 following a two-year construction period, the circus owner and his wife would remain here.

The mansion is five floors tall and contains 36,000 square feet of living area. It is located on the waterfront and was designed to resemble Venice, one of the married couple’s favorite destinations. It’s built in the Mediterranean Revival style, and it looks a lot like the Doge’s Palace in Venice. The Ca’ d’Zan Mansion is open to the public regularly for tours.

If you go on one, you’ll be amazed by the 16th-century Spanish tile roof, the game room, the marble terrace with views of Sarasota Bay, the domed ceiling of an 82-foot-tall tower, a crystal chandelier, and an Aeolian organ! It’s a beautiful look into the couple’s opulent lifestyles.

The Marie Selby Botanical Gardens are located on South Palm Avenue near Hudson Bayou, on the outskirts of Sarasota Bay. It’s one of the most popular attractions in Sarasota, and for a good reason! The gardens are enormous, spanning seven acres, and each one is steeped in history.

Marie and William Selby originally owned the land where the gardens are now located. They are the proud owners of the world’s largest and most diverse collection of a category of flowering plants known as bromeliads. The gardens are home to over 6,000 distinct plant species spread across 20 ecosystems, with 20,000 plants thriving. These include mangroves, bamboo lands, succulent habitats, and other habitats.

A research library, a herbarium, and various greenhouses are among the resources accessible at the Marie Selby Botanical Gardens. This Florida destination’s most popular portions are the Rainforest Garden and Butterfly Garden. Still, everything from the goldfish ponds to the artificial caverns to the rope bridges is worth investigating!

Nursing homes and retirement facilities are essential in every city. Fortunately, assisted living in Sarasota, Florida is one of the best options you could get. It provides the best amenities and utmost care that fit the needs of your loved ones. Senior Living Selections offers excellent senior care facilities with various services such as independent living, nursing home, and memory care in Sarasota, Florida.